Review Confirms No Link Between Vaccines and Autism 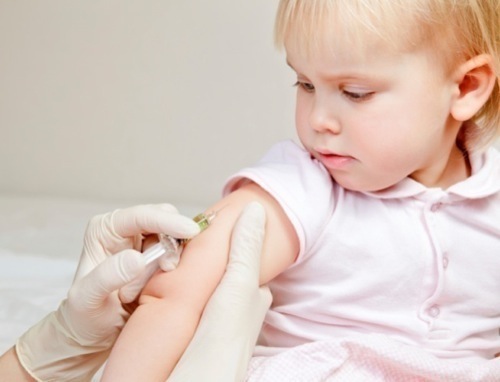 A new review of studies examining the safety of childhood vaccines has confirmed that vaccines are safe and effective.

Although vaccines have eliminated many communicable diseases, some parents still choose not to vaccinate their children. The researchers hope that the findings will dissipate fears propagated by  antivaccine campaigners like Jenny McCarthy and Alicia Silverstone.

The researchers said they were responding to “persistent misinformation” about the risks of vaccines and the actual danger caused by parents who chose to not vaccinate their children. (Check out the two minute video for an explanation of the anti-vaccination crisis.)

Pediatrician Dr. Michael Klatte says the review is significant and that this latest publication confirms the numerous studies in recent years that he says also disprove any link to autism. He points out that the conclusions were reached after surveying vast numbers of children:

And in fact, ranging in the numbers of millions of children that they have looked at when you combine all of the studies together.

According to the study’s authors, side effects from vaccines are incredibly rare and there is no link between the increased rates of autism and immunisation. They also confirm that there are no links between vaccines and childhood leukaemia.

Doctors argue that allergic reactions can generally be identified beforehand and managed. And experts agree that it’s important to keep things in perspective with the positive effects of vaccines dramatically outweighing the bad.

Dr Ari Brown, a pediatrician and author of Baby 411 said that vaccines, like any other medication are not entirely risk-free. But she strongly advises parents against delayed or staggering vaccinations. She says:

The younger the child, the more danger these diseases present. By delaying the vaccines you’re putting your child at risk.

Doctors warn that opting out of the recommended vaccine regimen in a child’s early years could potentially put them, their family, and the community at risk for the diseases the vaccines are intended to prevent.

Cameron Diaz: “I Was Never Drawn to Being a Mother.”