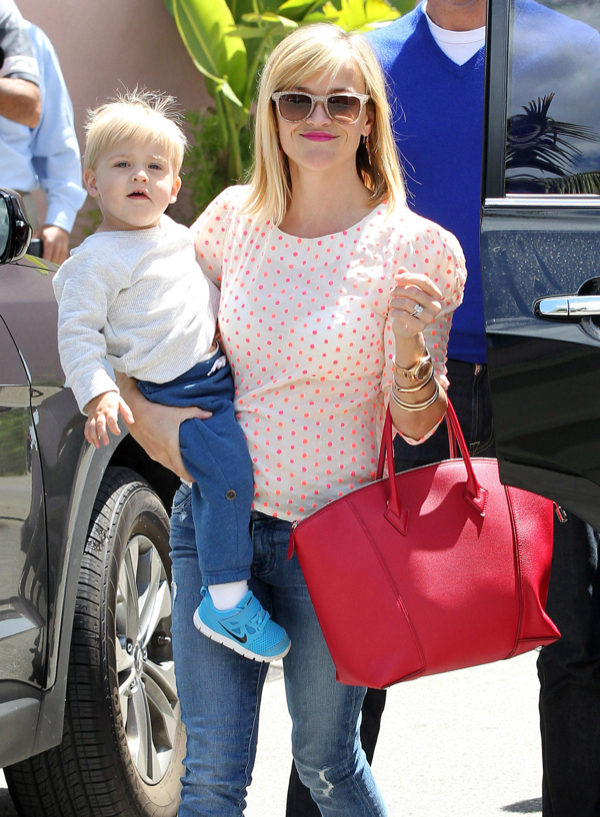 Reese Witherspoon and husband Jim Toth took their son Tennessee out for lunch at The Ivy By The Shore in Santa Monica, California on Saturday (April 26).

The Wild actress was dressed in a pink polka dotted shirt with ripped ankle jeans and pink flats. She carried the toddler who was dressed in a white sweater, blue sweat pants and Nike running shoes.

It has been revealed that Witherspooon’s new lifestyle company will be called Draper James in honor of her grandparents and her southern roots.

“This multi-channel lifestyle brand founded by Reese Witherspoon will emphasize her southern roots and personal style. The first store will open in 2015,” an official description of Draper James reads.

The mom-of-three announced about five weeks ago that she was developing a lifestyle brand and had just hired C. Wonder president Andrea Hyde as her CEO.