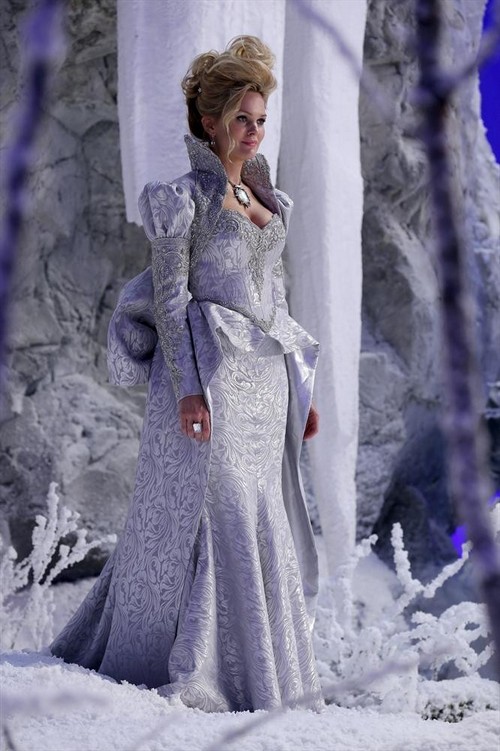 Our favorite fantasy drama ONCE UPON A TIME IN WONDERLAND returns tonight to ABC with a new episode called, “A Curious Thing.” On last week’s episode after Zelena stole Regina’s heart, Regina casted a spell so that she can speak across the realms to her dead mother, Cora, to discover the truth about why she abandoned Zelena, and Belle stumbled across what Zelena’s ultimate end game is.

Meanwhile, in the Fairy Tale Land that was, young Cora is duped by a man claiming to be a prince and found herself alone and pregnant. But a chance meeting with a real prince could lead Cora to the royal life she’s always craved, but she kept her pregnancy a secret or risk losing everything. Did you watch last week’s episode? If you missed it we have a full and detailed recap, right here for you.

On tonight’s episode, Zelena threatens to kill Henry if Hook – whose lips have been cursed by the Wicked Witch — doesn’t proceed with kissing Emma, which will drain all of her magical powers away, and things begin to heat up between Regina and Robin Hood. Meanwhile, back in the Fairy Tale Land that was during the past year, Snow and Charming go in search of Glinda, the Good Witch of the South, to see if she can help them defeat Zelena, and the curse that will ultimately send the Fairy Tale characters back to Storybrooke is cast — but from an unlikely source

Tonight’s season 3 episode 19 looks like it is going to be as magical as ever so make sure that you tune in and also join us for our coverage for ABC’s hit show at 8:00 PM EST! While you wait for our live update hit up the comments section and let us know what you think of the episode!

ONCE UPON A TIME SEASON 3 EPISODE 19 RECAP, CLICK HERE ….