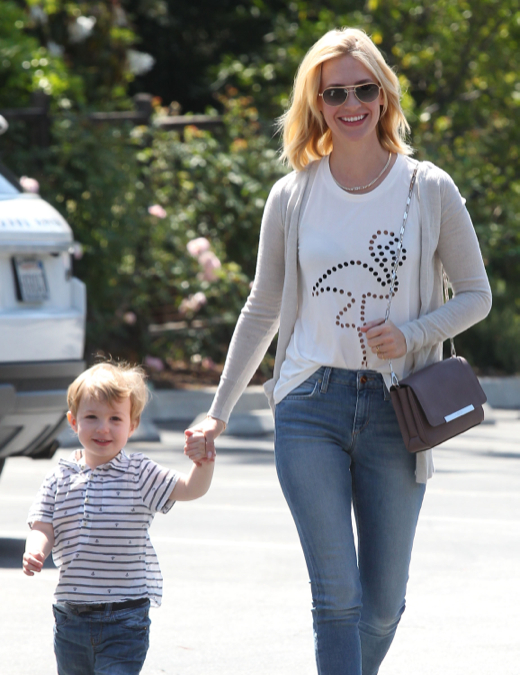 January Jones was seen out and about with her son Xander in Pasadena, California on Monday (April 14).

The actress was dressed in cream sweater, flamingo studded shirt and high-waisted skinny jeans with booties. She was all smiles while holding the toddlers hand as they walked.

“I do think it’s the right time. It’s going to be next year that it ends; we still have a little while. But, I do, because I think we all want to go out when everyone still likes it, and not when everyone’s sick of it. They might already be sick of it, I don’t know. I think our story is ready to be done being told in that way, but it will be sad, and I’ll miss everybody,” she told.

The first half of Season 7, called “The Beginning,” premieres Sunday, April 13 at 10/9c on AMC. The second, dubbed, “The End of an Era,” will premiere next year.

Elizabeth Berkley: Spring Day in the Big Apple With Family