Elizabeth Berkley: Spring Day in the Big Apple With Family 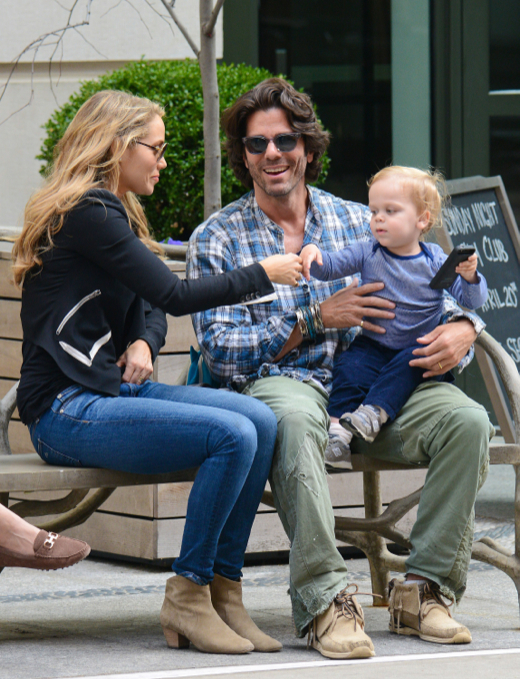 Elizabeth Berkley and her husband Greg Lauren were photographed spending the day with their son Sky in New York City on Monday (April 14).

The Saved By the Bell alumni and her family sat on a bench on the warm spring day in the city. She played affectionately with the toddler while Lauren laughed.

After the birth of Sky, the first time mom opened up about motherhood.

Motherhood has “been amazing and magical. I have a lot of friends who have little ones and I love their kids, but until you have your own, it’s like you can’t quite grasp the intensity of the love, the depth of it . . . it’s so special,” she told Us Weekly.