Elsa Pataky Looks Ready to Pop on Day Out With Daughter 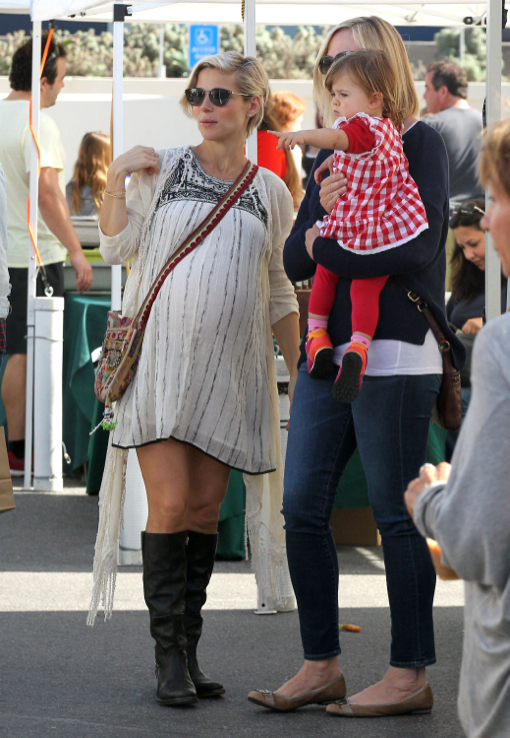 Elsa Pataky, her daughter India and husband Chris Hemsworth‘s mother were photographed enjoying a day at the Malibu Farmers Market in Malibu, CA on Sunday (Feb. 16).

The Fast Five actress looked ready to pop in a boho dress and light sweater that she paired with black boots. She looked on proudly as the 1-year-old took her first ride on a donkey before they shopped the food stalls.

Pataky and Hemsworth recently announced that they’re not expecting one, but two babies.

She expecting to give birth this spring.

Meanwhile, news broke last week that the Rush actor is set to reprise his role as Thor in a third instalment of the popular franchise.