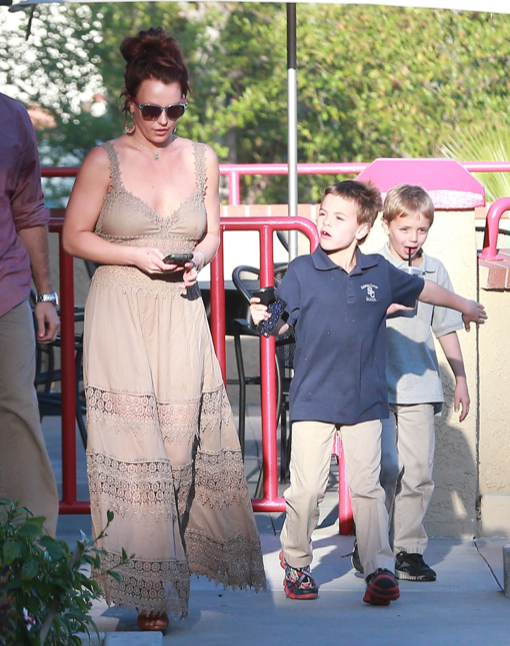 Britney Spears and her boyfriend David Lucado took her sons Jayden & Sean out for lunch at Red Robin in Calabasas, CA on Friday (Feb. 21).

The singer was dressed in a boho maxi dress and heels while checking out her phone. The boys were dressed in their school uniforms as they left the restaurant.

Spears in the midst of two year residency at the Planet Hollywood Resort and Casino in Las Vegas.

At her performance last week, she pulled Nicole Richie on stage to crawl around on all fours.

“Can we all give a round of applause to @NicoleRichie for playing along in the show tonight? U looked hot crawling on all fours ;),” Spears tweeted after the show.

Spears has also brought up other guest stars during her shows, including Lance Bass, Mario Lopez and her boyfriend David Lucado.