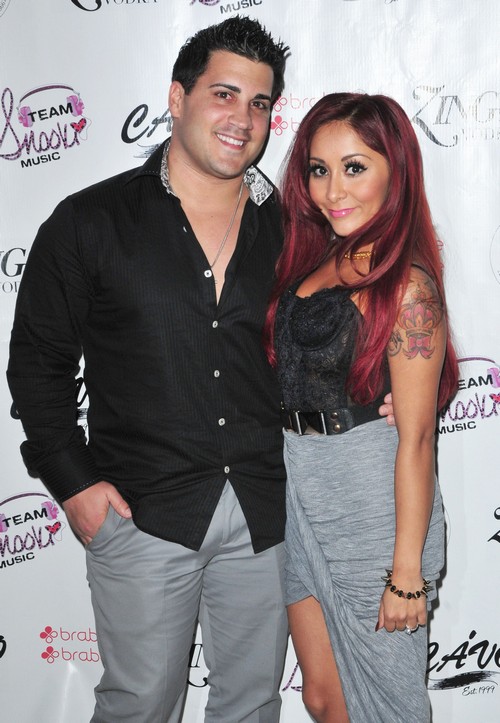 Page Six is reporting this morning that reality star Snooki and her fiance Jionni LaValle are expecting another child together.  “The “Jersey Shore” star is a few months pregnant but keeping it secret as she continues to make lucrative personal appearances.”

This would be the second child for the couple who became engaged in March 2012.  The two have a son eighteen-month old Lorenzo Dominic LaValle.

This week it was revealed that Snooki is planning her wedding to Jionni and has decided on a “Great Gatsby” themed wedding.  Snooki also revealed that she has already purchased her wedding gown and gown for the reception.  She said, “I got my dresses. Everyone expects me to wear glitter and leopard [print] and I’m like, ‘Maybe, if I got married four years ago’. I got an elegant ballgown for the church, and a mermaid style dress with a poufy train for the reception.”

Since giving birth to her first child the former MTV  “wild child” has certainly calmed down and is now a proud mother to Lorenzo.  If she is indeed pregnant it is no surprise Snooki recently said,  “she already wants more kids with partner Jionni in the near future.”  It looks like the near future is now.

Congrats to Snooki and Jionni!