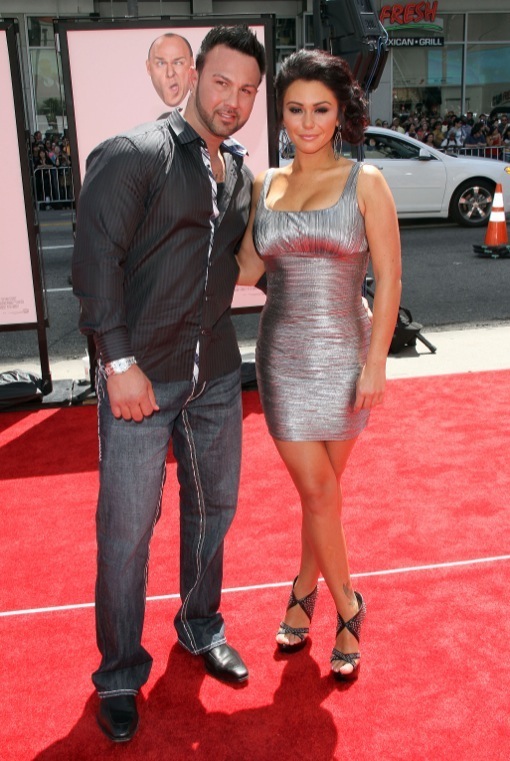 Talk about the kind of news that one should never have to share! Jenni “JWoww” Farley opened up last week on her website about what was a miscarriage scare which was the cause of extreme vomiting. Luckily, it was only extreme vomiting and nothing more and the reality tv star has since gotten her problem under control through anti-nausea medication.

“I was put on Zofran because I lost nine pounds in three weeks,” the reality star confirmed. “I have been feeling hungover every day or I’m hugging the toilet.”

“Every morning, Roger gets me water and a bowl of cereal but as a joke he always puts something in my cereal,” said Jwoww, for whom a change in diet has also helped with the morning sickness. “Last week, I got a prune then a baby carrot and then a hardboiled egg in its shell.

JWoww is joining Nicole “Snooki” Polizzi who, only 15 months ago, gave birth to baby  boy Lorenzo. The other Jersey Shore mom sure was happy to have some company as a mother when she tweeted “Finally we can be MOMS together,” which was followed by some good ol mom-to-mom advice on instagram: “Sleep safe and keep hydrated, no Advil or Aleve,” and “No pushing on the toilet either.”