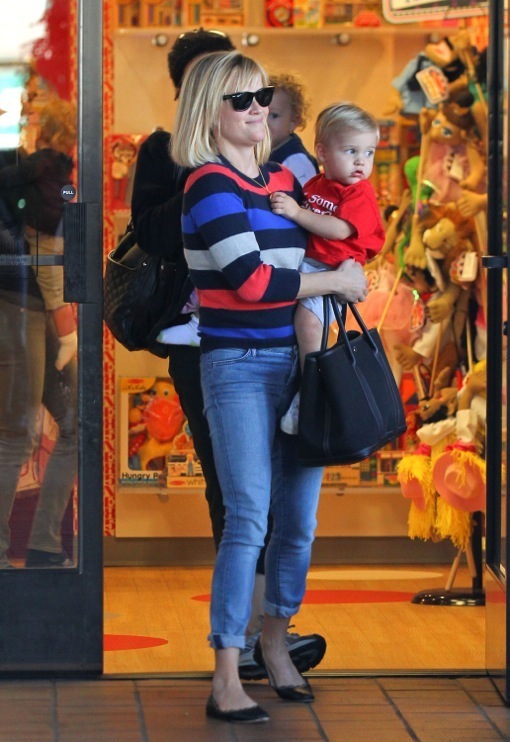 Reese Witherspoon and Jennifer Garner were spotted taking their son to the same playgroup in Santa Monica, CA on Tuesday (Jan.  14).

Dressed in a stripped top and boyfriend jeans, the Wild actress exited the class first with her 1-year-old son Tennessee. Later, the Dallas Buyer’s Club actress left holding her son Samuel who is same age as the other baby.

Witherspoon was last seen attending the 2014 Golden Globes on Sunday night. She walked the red carpet in a teal colour Calvin Klein gown.

“I love the colour. I love the fit. I felt like it was very modern. It was moving forward for her in terms of fashion. I feel like it all came together like I wanted it to,” the mom-of-three told People.

Garner didn’t attend the ceremony. She will present at the Screen Actors Guild (SAG) Awards on Saturday.