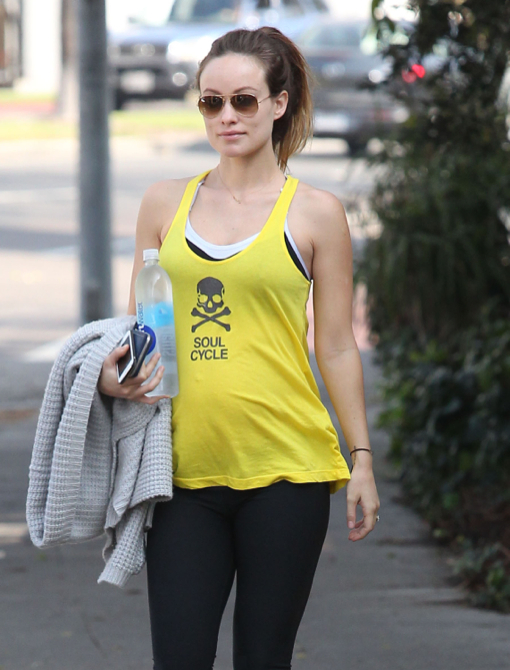 Olivia Wilde was seen doing some errands after having a workout at SoulCycle in West Hollywood, CA on Monday (Jan. 27).

The pregnant Rush actress wore her workout gear – a yellow SoulCycle tank over a sports bra and stretch pants while leaving the studio. She stopped to fill up gas before picking up a smoothie and her dry-cleaning.

Wilde is making a big effort to stay fit during her first pregnancy. She is spotted out a couple of time a week heading to a class and to keep things fun she alternates between SoulCycle and Pilates.

The prenatal workouts seem to be paying off. She looked stunning while walking the 2014 Golden Globes red carpet in a glittering emerald green sequenced Gucci gown in early January.

Meanwhile,  the mom-to-be can next be seen in the movie Better Through Chemistry which hits theatres March 14.