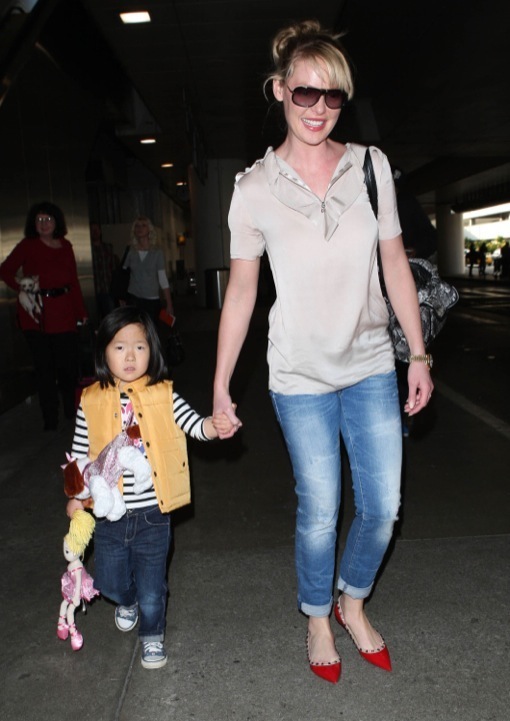 Katherine Heigl and her daughter Naleigh were photographed arriving on a flight at LAX airport in Los Angeles, CA on Wednesday (Jan. 8).

The North of Hell actress was all smiles while wearing a silk blouse, boyfriend jeans and red pointy flats. She held 5-year-old’s hand as they left the terminal.

In April of 2012, Heigl and her husband Josh Kelley adopted daughter Adalaide.

Heigl is scheduled to start filming Jenny’s Wedding, a comedy in the coming months.