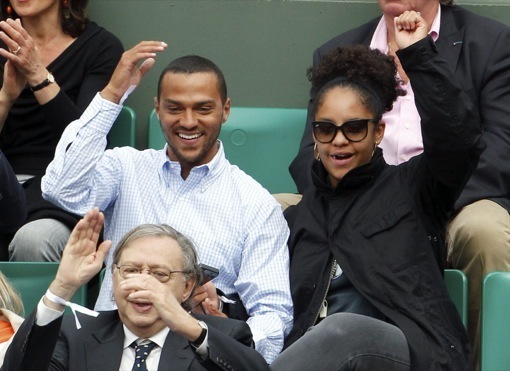 Jesse Williams and wife Aryn Drake-Lee are new parents! The couple welcomed their daughter, who sources confirm they have named Sadie, in early December but have kept the information under wraps up until now. Somehow, they actually managed to do that for this long!

The Grey’s Anatomy star, who plays Dr. Jackson Avery on the hit ABC show met now-wife Aryn, a real estate broker, when he was still working as a school teacher in New York City. The couple officialised their love in September 2012 in Los Angeles and have now taken the next step in their love life with the welcoming of their daughter.