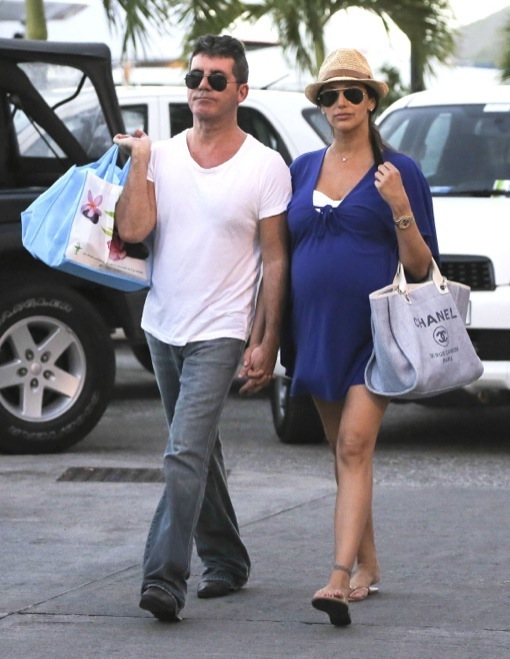 Simon Cowell and his pregnant girlfriend Lauren Silverman docked their yacht in St. Barts, France to go shopping at a pharmacy on Thursday (Jan. 9).

The X Factor judge wore his signature white shirt and jeans ensemble while holding a bunch of bags from the shop.  Silverman wore a blue cover-up over a white bathing suit and a straw hat.

The two have been enjoying a babymoon on a luxury yacht with some friends.

According to MailOnline, the couple have officially decided to call their baby son Simon Cowell Jnr.

“Simon and Lauren have decided that their favorite name for the baby is actually Simon,” a source told. “For a while it was between Simon and Eric- Simon’s dad’s name, but now it looks like Eric will be the middle name.”

Little ‘Simon’ is expected to be born next month in New York City.