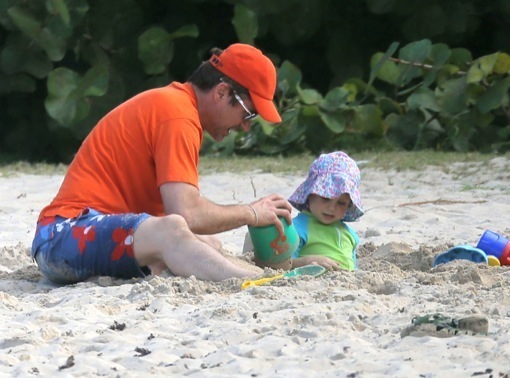 Robert Downey Jr. and his wife Susan spent the day on the beach with their son Exton and friends in St. Barts on Sunday (Dec. 29).

The Iron Man actor was dressed in a bright orange shirt and hat that matched his swim trunks. Downey played with the toddler in the sand and then took him in the ocean.

Downey’s Iron Man 3 has been crowned the highest-grossing film of 2013.

Meanwhile, the actor can next be seen in the film Judge.

Gwen Stefani Takes a Snow Vacation With Her Boys