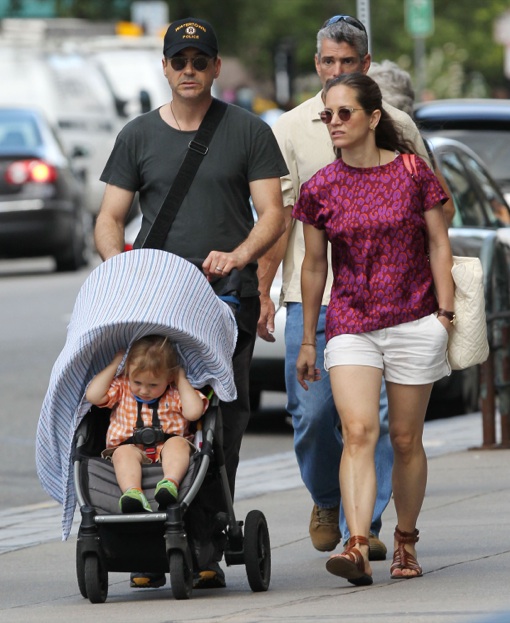 Robert Downey Jr. and wife Susan took their son Exton out for a walk in Boston, MA on  Saturday (August 10).

The Avengers actor dressed casually while wearing a Watertown Police baseball hat to support the department that successfully caught one of Boston Bombers in a boat. He pushed their son while Susan walked besides them.

Robert topped Forbes 2013 list of the highest-paid actors in Hollywood.  They estimate the actor earned $75 million in earnings between June 2012 and June 2013 before taxes/agent fees.

“He starred in six movies that have each grossed over $500 million at the box office worldwide. Two of those films, The Avengers and Iron Man 3, each earned over $1 billion. very studio in town would love to cast him, and now they’ll pay big buck for the privilege.” the magazine cites as their reasoning for placing Downey at the top.