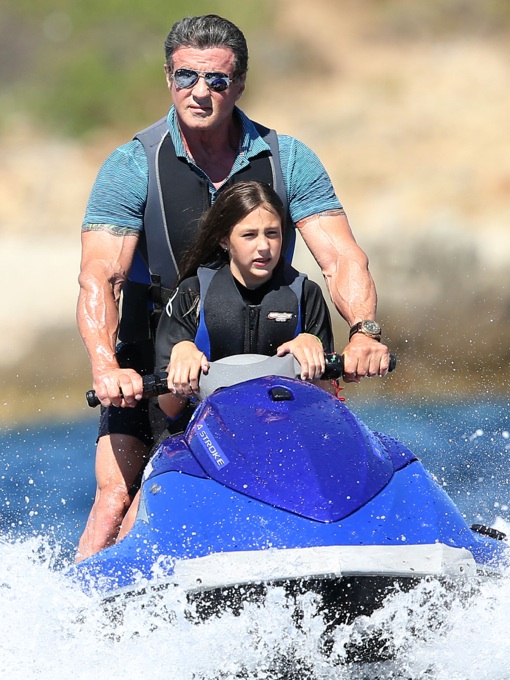 Sylvester Stallone soaked up the sun while riding a jet ski with his daughter Scarlet Rosin Saint-Tropez, France on Saturday (August 10).

The action star showed off his bulging muscles and best scowling look while directing their blue jet ski through the waves. Scarlett looked relaxed while holding on tightly.

Stallone along with his wife Jennifer Flavin and their Sophia, Sistine, and Scarlet have been vacationing in Saint-Tropez for the last week.

The Rocky actor recently blasted Bruce Willis on Twitter after the Die Hard actor reportedly demanded an outrageous payout to make an appearance in Expendables 3.

“WILLIS OUT… HARRISON FORD IN !!!! GREAT NEWS !!!!! Been waiting years for this!!!!” Stallone wrote, later adding, “GREEDY AND LAZY …… A SURE FORMULA FOR CAREER FAILURE.”

A source claims Willis wanted a $1 million pay increase from his $3 million  for four days of filming.