Naomi Watts & Family Vacation in Australia For the Holidays 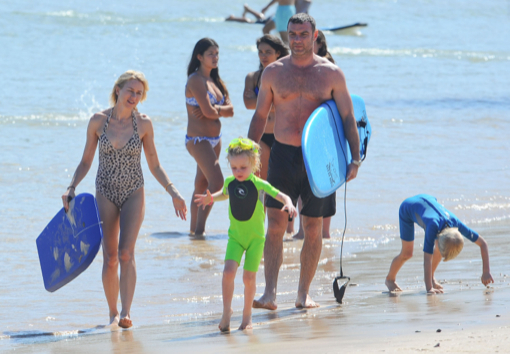 Naomi Watts and Liev Schreiber enjoyed a day on Bondi Beach with their sons Sasha and Kai in Sydney, Australia on Monday (Dec. 16).

The Diana actress wore a cheetah print one-piece swim suit while holding a boogie board and walking in the water. Kai walked next to her while Liev followed behind with Sasha.

“We get the family together, cook amazing seafood, do all the usual stuff,” Watts told Us Weekly of visiting Sydney around the holidays.

“They’re getting into the whole Santa Claus thing now,” Watts says. “So we’ve got the Elf on a Shelf!”

What Christmas traditions do you have?