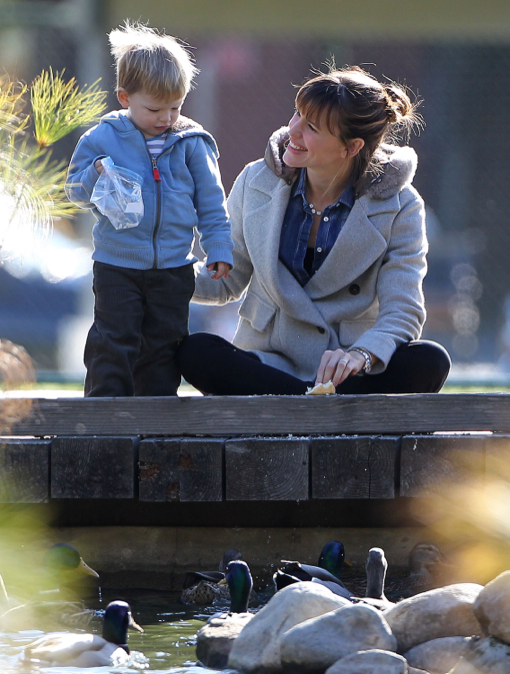 Jennifer Garner took her son Samuel to a park to feed some hungry ducks in Santa Monica, CA on Monday (Dec. 10).

The two looked to be having a ball as they sat on a bridge over the water where the ducks were swimming. Samuel smiled and giggled while throwing bread to them.

Affleck recently revealed his now jailed stalker went to his daughters Violet and Seraphina’s school and infiltrated the hordes of paparazzi to camouflage himself as one of them.

“He was in the pack of paparazzi. They didn’t know he was a guy who was threatening to murder our family. That makes me angry. It’s a safety thing, and there’s also a sanity thing.” said a fired up Affleck to which he added; ”My kids aren’t celebrities. They never made that bargain. We were offered a lot of money to sell pictures of our kids when they were born. You’ll notice there aren’t any. I make no judgment about people who decide differently…but for me it was a matter of principle.”

Once Upon a Time in Wonderland RECAP For December 12th, 2013: Season 1 Episode 8 #OnceWonderland