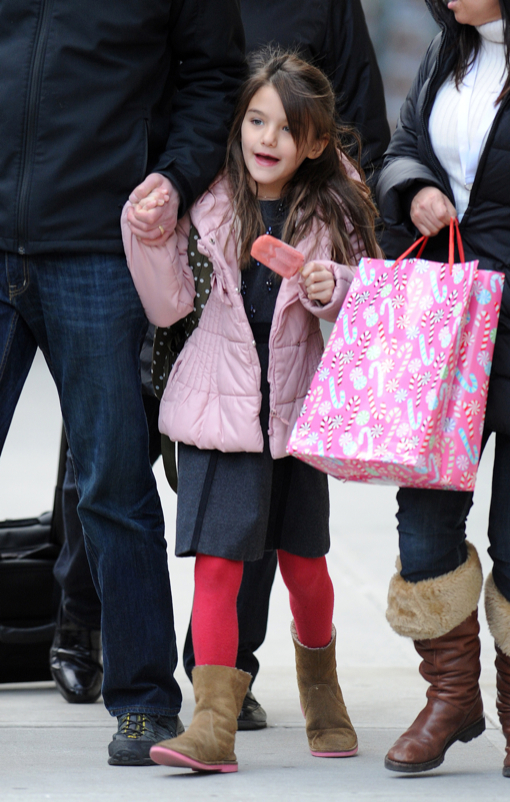 Suri Cruise was spotted  out with her nanny and bodyguard in New York City on Wednesday (Dec. 11).

The daughter of Tom Cruise and Katie Holmes was dressed in a warm pink jacket, a navy dress, red tights and boots. She enjoyed a popsicle while her nanny held a christmas present.

Holmes may be forced to testify in Cruise’s legal fight against magazines claims he abandoned Suri.

Lawyers representing Bauer Media, the publisher of magazines In Touch and Life & Style, would compel Holmes to speak honestly about her marriage to the Hollywood megastar, and the couple’s subsequent divorce.

“The decision hasn’t been made yet. It’s certainly possible. A decision is likely to be finalised in the next few months,” a source told Radaronline.

What do you think? Will Cruise win this legal battle? Did he abandon Suri?