Fergie Reveals The Reason She Named Her Son Axl 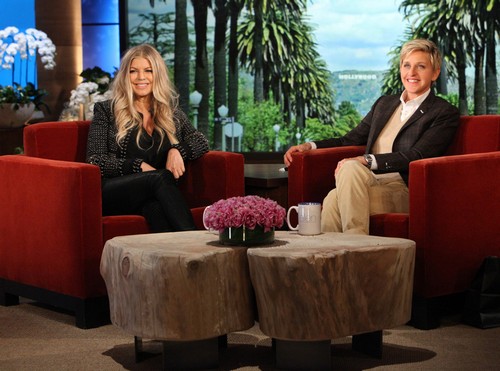 If you wondered why Black Eyed Peas singer Fergie named her new son Axl, we have the scoop for you.  In an interview with Ellen DeGeneres Fergie revealed the cute secret behind her new son’s name.  Fergie told Ellen that she was dreaming about attending a concert by Guns N Roses star Axl Rose when she felt her son kick for the first time.

She told Ellen, “I had this dream and I was in the audience at this festival. It was outdoors and it was all grimy and nobody knew who I was. I was just one of the fans. It was like the old days. It was so cool.  And on stage singing was Jim Morrison and then came Bob Marley and then Axl Rose. I mean, I was in heaven in this dream!”

“I’m dancing and just getting into the music and then all of a sudden, boom, boom. And I wake up and it was the first time my son kicked me in the stomach. It was like he was feeling the music with me. It was amazing. I’m gonna start to cry! It was really beautiful, and I woke Josh up and I said ‘Honey, honey, honey—he kicked me! He finally kicked me!'”

The kick was so powerful it woke her up so she decided to name her son Axl.  Her son, who was born on August 29th, 2013 has the second name Jack after Fergie’s late Uncle.

Fergie is married to actor Josh Duhamel for almost five years  and their son Axl is their first child.  Fergie gave birth to Axl by C-section.  Fergie has said she is taking her baby weight loss slowly, step-by-step.

Check out the video below of Fergie on Ellen