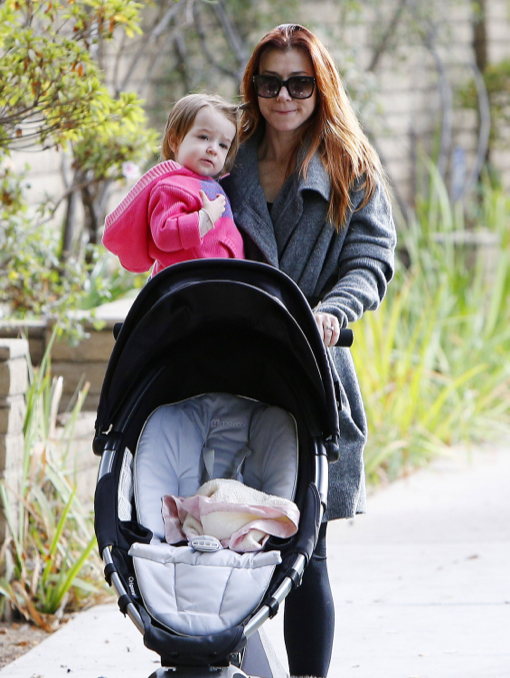 Alyson Hannigan was spotted taking her daughter Keeva out for a morning walk in Santa Monica, CA on Wednesday (Nov. 20).

Dressed in a long knit sweater, a stylish belt around her waist and tights, the mother-of-two calmly pushed her daughter on the stroll before carrying her some of the way.

Hannigan recently spoke of critics panning the hit sitcom How I Met Your Mother when it first aired on CBS nine seasons ago.

“When we started, they said, ‘Well, the sitcom is dead, why are you guys even trying to do a sitcom?’ “ Hannigan recalls. “Clearly they were wrong. So that has been nice.”

Fergie Reveals The Reason She Named Her Son Axl