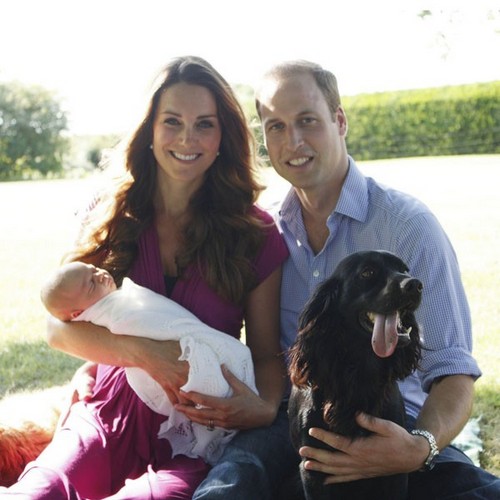 Kate Middleton and Prince William have chosen the godparents for their son Prince George and the list has been revealed.  On the list there is only one member of the Royal family.  Besides the one Royal the list comprises of six friends of the couple.

The one Royal that they chose was Zara Tindall.  Zara is the is the second-eldest grandchild of Queen Elizabeth II and Prince Philip.  She is the  the second child and only daughter of Princess Anne.  Besides Zara, Kate and William chose a friend of William’s mother Julia Samuel, school mates Oliver Baker and Emilia Jardine-Paterson, son of the Duke of Westminster, Hugh Grosvenor, William’s former aide Jamie Lowther-Pinkerton and private secretary Jamie Lowther-Pinkerton.

Only 22 guests will attend the christening, the only royals who will be attending besides Zara will be The Queen, Prince Philip, Prince Charles, Camilla and Prince Harry.  The service at the Chapel Royal at St James’s Palace and Prince George will be baptized by the archbishop of Canterbury, Justin Welby.

After the service, guests will attend a private tea at Clarence House, hosted by Prince Charles. Guests will be served christening cake, which is a tier from the couple’s wedding cake.