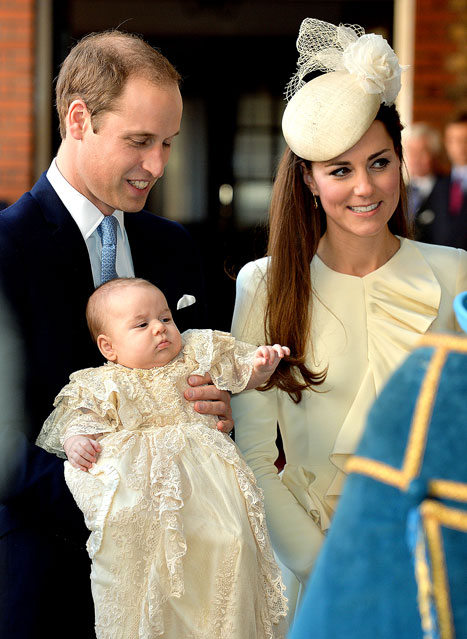 The future King of England has arrived!

Kate Middleton and Prince William arrived with their 3-month-old son Prince George for his christening ceremony at St. James’s Palace in London on Wednesday afternoon (Oct. 23)

The Duchess of Cambridge wore a cream Sarah Burton for Alexander McQueen skirt suit with a ruffled jacket, which she paired with a matching fascinator. Prince William looked dapper in a dark suit and pale-blue tie.

Prince George wore the hand made replica of the Royal Christening Robe, made by Angela Kelly, Dressmaker to The Queen. 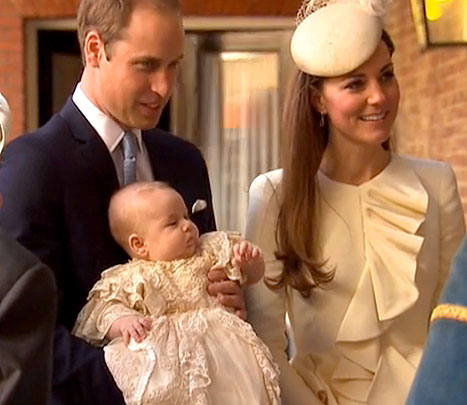 The new parents have broken from royal tradition by not having their son christened at Buckingham Palace.

Only five senior royals, the Queen, The Duke of Edinburgh, Prince Charles, the Duchess of Cornwall and Prince Harry were invited. Kate’s family along with the godparents are also in attendance.

After the service, The Prince of Wales and The Duchess of Cornwall will give a private tea in Clarence House. Guests will be served slices of christening cake, which is a tier taken from The Duke and Duchess of Cambridge’s wedding cake.

Waiting For My Dream Kitchen! #FinishYourKitchen