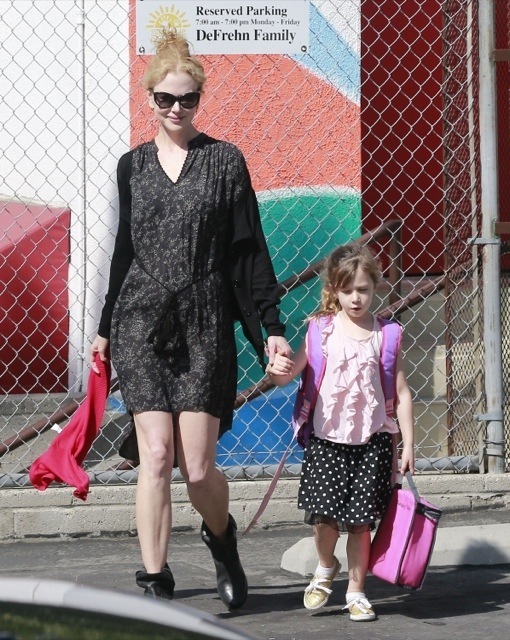 Nicole Kidman was seen picking up her daughter Sunday from school in Los Angeles, CA on Thursday (Oct. 3).

Wearing a sweater with a black dress and black boots, The Grace of Monaco actress held her daughter’s hand on the way out of the school. Sunday carried a huge backpack and a big bag in one hand.

Kidman was recently knocked down by a paparazzo driving a bicycle outside the Carlyle hotel in New York City.

“I’m up, I’m walking around, but I was shaken,” She told the Associated Press at the Calvin Klein Fashion Week event.

This was the first the first time she had attended a show at New York Fashion Week.

Dealing With Coughs & Colds During Pregnancy