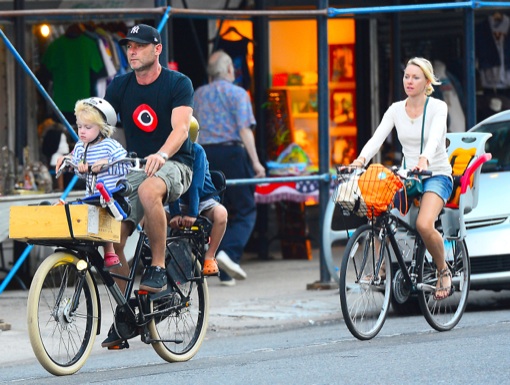 Liev Schreiber and Naomi Watts took their two children Sasha and Kai out for a bike ride in New York City on Sunday (Sept. 8).

The Butler actor rode his bike while the two brothers hitched a ride. Watts followed behind.

The actress recently returned from Europe where she was promoting her new film Diana.

“It was an emotional one to do, definitely. There were loads of tears on set, tons of them, because it’s a tragic story,” Watts said. “It’s hard for anyone to come out of a divorce well, particularly when you’re under such scrutiny. And then she was sadly gone.”

So far, he film has been panned by critics across the UK and the United States for its inaccurate portrayal of Diana.