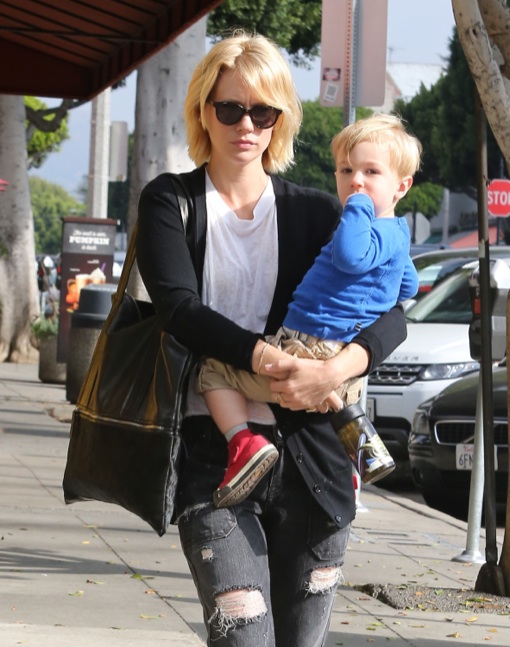 January Jones took Xander out for breakfast in Los Angeles on Wednesday (Sept. 18).

The Madmen actress was dressed casually in a white tank and ripped ankle boyfriend jeans while struggling to carry the growing 2-year-old.  It appeared as if Xander wanted to stay rather than leave while trying to sit on the sidewalk.

Jones recently found herself caught in between the drama that is Liam Hemsworth and Miley Cryus.

Rumors hit tabloids earlier in the week, that the Hunger Games actor was tweeting explict messages to  Jones. Day later he and Cyrus announced they had decided to call it quits.

Meanwhile, Jones is scheduled to reprise her role as Betty Draper in the final season of Mad Men. She can also be seen in Sweet Vengeance, co-starring Ed Harris and Jason Isaacs.