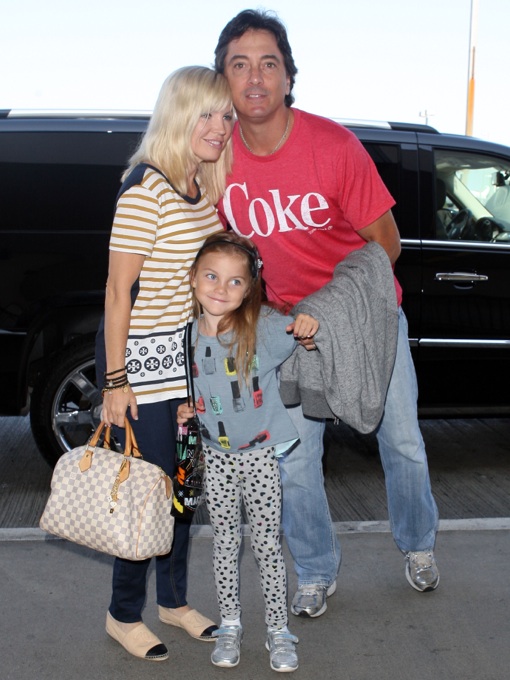 Scott Baio was spotted posing for pictures with his beautiful family before catching a flight at LAX airport in Los Angeles, CA on Wednesday (Sept. 18).

The Happy Days actor happily posed for pictures as he exited a black SUV at the terminal entrance. He posed with wife Renee Sloan and their 5-year-old Bailey.

During Sloane’s pregnancy with Bailey, she was initially carrying twins, but lost one  at 11 weeks gestation. Bailey was born 5-weeks premature.  They then started the Bailey Baio Angel Foundation to raise awareness about the metabolic disorder known as G-A 1 and other OA’s.

Meanwhile, the family are headed to New York City where Baio will promote the second season of See Dad Run. He is set to appear on Katie, and Sirius.