January Jones Steps Out With Xander 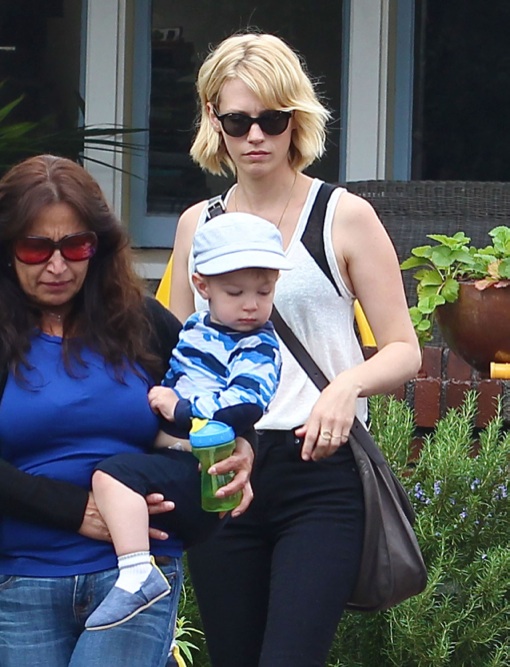 The Mad Men actress donned a white tank with skinny jeans while leaving their home. An assistant carried the tot who looked cute in a cameo top and navy shorts.

Jones has found herself in centre of cheating rumors with actor Liam Hemsworth.

“January has nothing to do with this,” a source told E! News after Hemsworth and Miley Cyrus announced they have called of their engagement on Monday. “January and Liam have not seen each other at all since the photos that were taken in February and they have not kept in touch.”

Tabloids reported earlier in the week that Hemsworth had sent Jones a naughty text message.