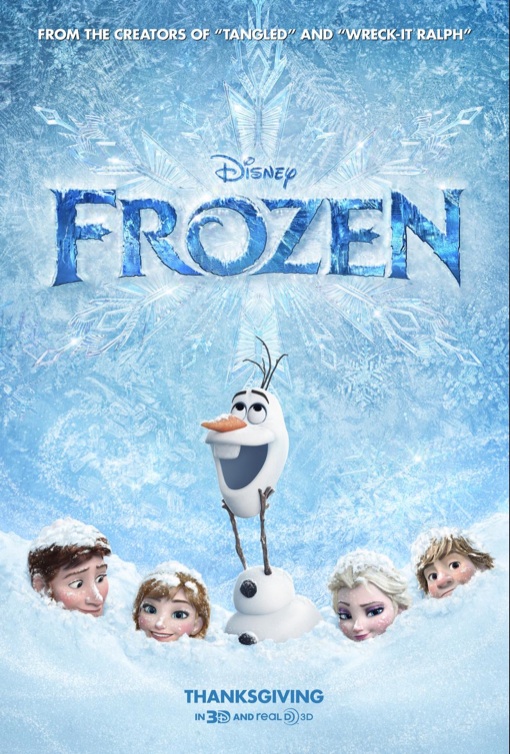 Just one month after featuring the upcoming animated film Frozen on our Family Movies We’re Excited About list, the official poster for the movie has been released.

In the film from Disney Animation Studios, the main character Anna is voiced by none other than new mom, Kristen Bell.

“I’m really excited to show it to people. I became a part of the kind of movie I wanted to see as a kid,” she said at D23. “I always loved Disney animation, but there was something about the females that was unattainable to me. Their posture was too good and they were too well-spoken, and I feel like I really made this girl much more relatable and weirder and scrappier and more excitable and awkward. I’m really proud of that.”

A fearless optimist, Anna sets off on an epic journey with rugged mountain man Kristoff (voice of Jonathan Groff) and his loyal reindeer Sven—to find her sister Elsa (voice of Idina Menzel), whose icy powers have trapped the kingdom of Arendelle in eternal winter. Anna and Kristoff must battle the elements to save the kingdom.

I know my 2-year-old daughter, Ava is going to love this movie!

Keep an eye out for the new trailer, debuting online September.

January Jones Steps Out With Xander

Does Not Celebrating Halloween Make You a Bad Parent?