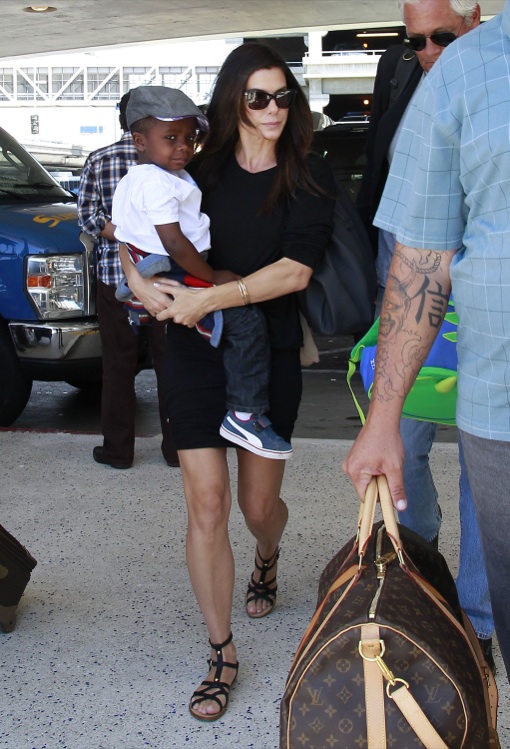 Sandra Bullock and her son Louis were pictured catching a flight at LAX airport in Los Angeles, CA on Thursday (Aug. 22).

The Heat actress dressed in a black dress and gladiator flats while carrying Louis on her hip. He adorable as usual wearing one of his favorite hats.

Bullock insists her life was incomplete before she adopted her 3-year-old son.

“My son Louis has shifted my priorities 1000 percent!” Bullock tells German newspaper Bild. ”I have achieved everything through either hard work or luck. When Louis came along I had nothing. I still would have dreamed, but now he is my only dream, to grow old with my son. I will love it to watch him grow. Every day when I wake up, I say that to myself.”

Her upcoming film Gravity in which she stars alongside George Clooney hits theatres October 13.