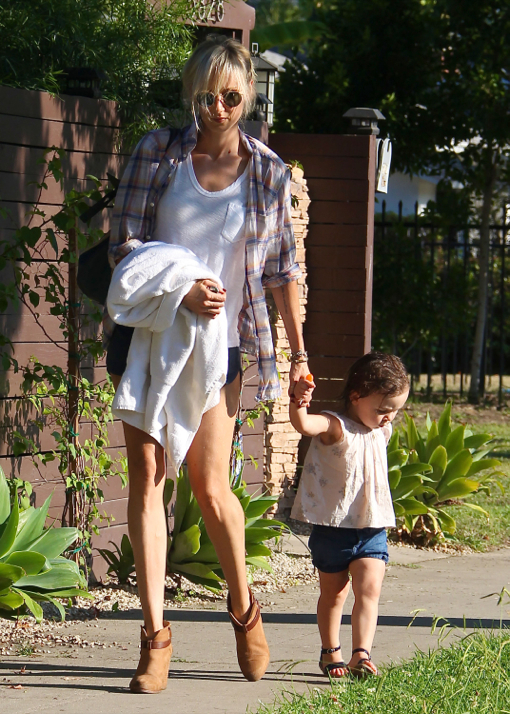 Kimberly Stewart took her daughter Delilah to a pool party at a friend’s house in Encino, CA on Thursday (Aug. 22).

The model wore a white t-shirt under a plaid button-up blouse, jean shorts  and beige booties. She held the 2-year-old’s hand.

The tabloid reports she was overheard telling friends about her family plans while shopping at Whole Foods in Beverly Hills on July 26.

“She said she wants to give Delilah a sibling,” and a source told who overheard her talking with friends at Whole Foods In Beverly Hills on July 26. “She said she couldn’t imagine having a baby with any other man. She said they have a great system going, and she really wants Delilah to have a full-blood sibling.”

The two parents had a short fling before their daughter was born.