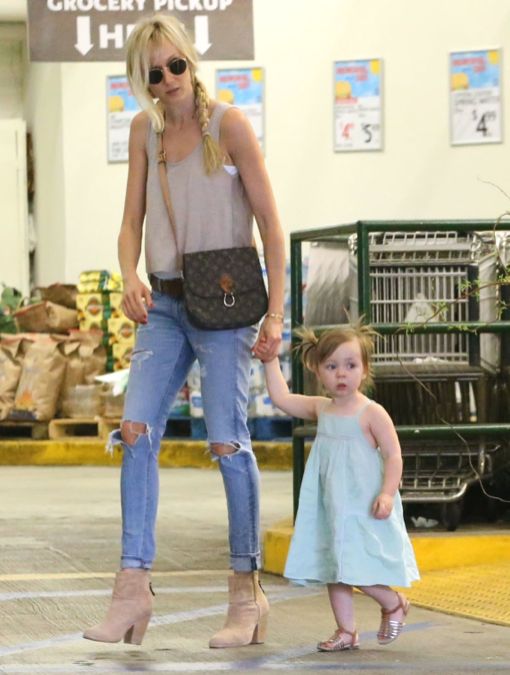 The model looked casual, but stylish in a beige tank, skinny jeans and booties while browsing the fruit section of the store. On their way out, Kimberly gave the bags to a helper, so she could walk hand in hand with the toddler to their car.

“Oh, that would be telling,” Stewart laughed when asked on the Alan Carr: Chatty Man talk show if the two are romantically involved. “I can’t tell you that

Although, he added: “Well his car was there in the morning, let’s put it that way. But he may have just come round to pick something up, I don’t know.”

What do you think about Kimberly and Harry dating?