Robin Thicke & Paula Patton Enjoy a Day Out With Their Son 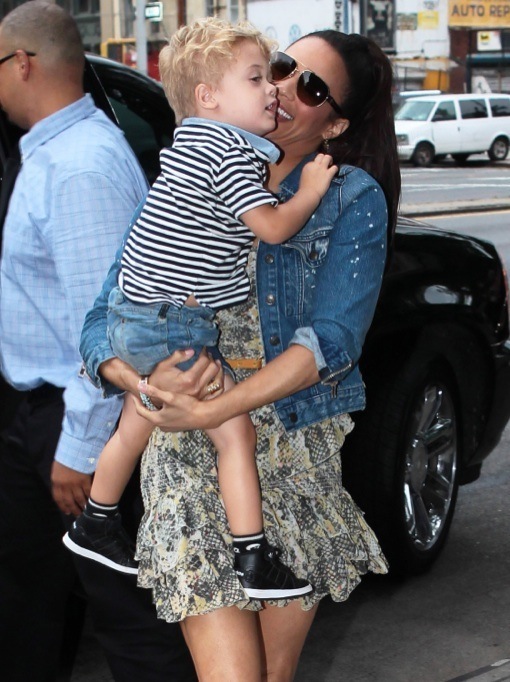 Robin Thicke, his wife Paula Patton and their son Julian were photographed out and about in New York City on Wednesday (July 31).

The Blurred Lines singer jumped out of their chauffeured car to head into a building. Paula followed behind giving Julian kisses while she carried him.
According to Patton, their three-year-old son wants to follow in his dads footsteps.

“He’s obsessed with it … He said one day, ‘I wanna save up my money to buy a stage and I’m gonna have some guys … ‘ He meant the band,” the actress proudly told. “He’s already competitive, like an artist. He’s like, ‘I gotta song … !’ He only writes choruses, no verses.”

Although, he is not into performing with his dad just yet.