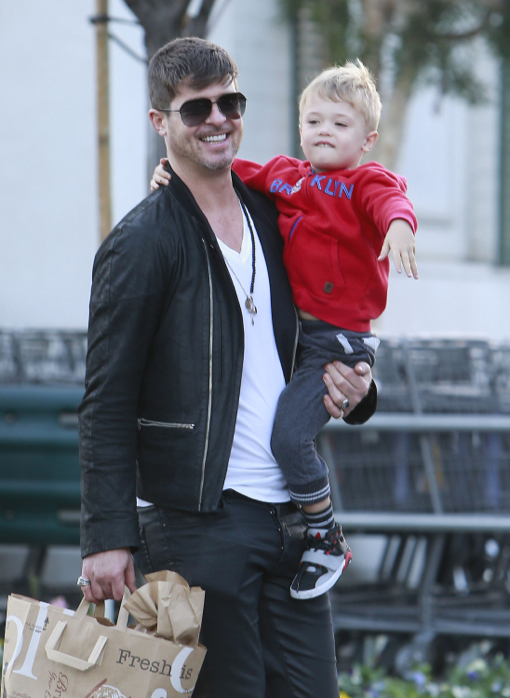 According to Entertainment Tonight, the incident occurred on Sunset Boulevard in Los Angeles on Thursday (Feb. 27). Patton’s mother and assistant were with the boy, who was sitting in the back seat of Patton’s black Range Rover.

The news comes three days after the estranged couple announced they are separating after nearly nine years of marriage.

The Blurred Lines crooner is said to be trying to save their marriage.

While arriving in Washington D.C. for show,  Thicke told TMZ cameras, “I’m “trying to get her back”.