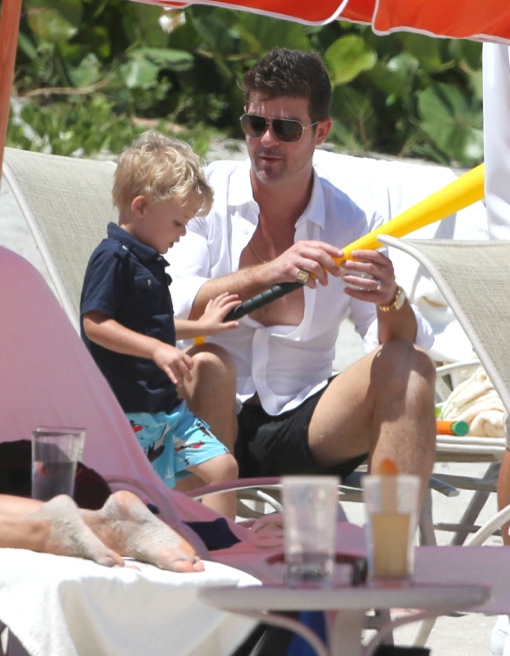 Robin Thicke enjoyed a day on the beach with his wife Paula Patton and their son Julian in Miami, FL on Thursday (August 29).

The Blurred Lines singer dressed in a white dress shirt and black shorts while playing with the 3-year-old. A family friend then took the youngster in the water for a quick dip.

Thicke was caught in the midst of a controversy after Miley Cyrus twerked suggestively rubbed against him while performing at the MTV Video Music Awards on Sunday.

“I just keep thinking of her mother and father watching this. Oh, Lord, have mercy,” she told. “I was not expecting her to be putting her butt that close to my son. The problem is now I can never ‘unsee’ it.”

What did you think of Cyrus’s antics? Too much or another over the top VMA performance?

How to Train Your Two Year Old to Go Potty