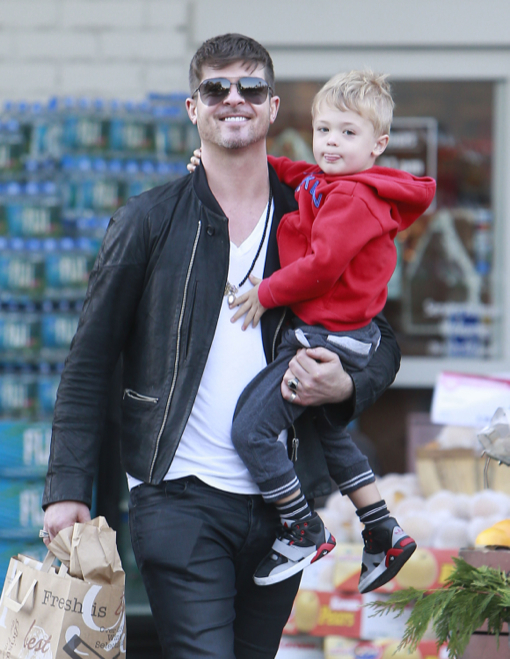 Robin Thicke and his son Julian picked up some  groceries at Bristol Farms in West Hollywood, CA on Thursday (Dec. 5).

The Blurred Lines singer was dressed in a leather jacket, white shirt and black pants. He carried a bag of groceries in one and the toddler in the other.

“Just acknowledges what I always knew was true,” the actress told E! News during the Independent Spirit Awards.

Parenting through the ABC’s- Learn, Laugh, Love Your Way Through Parenthood