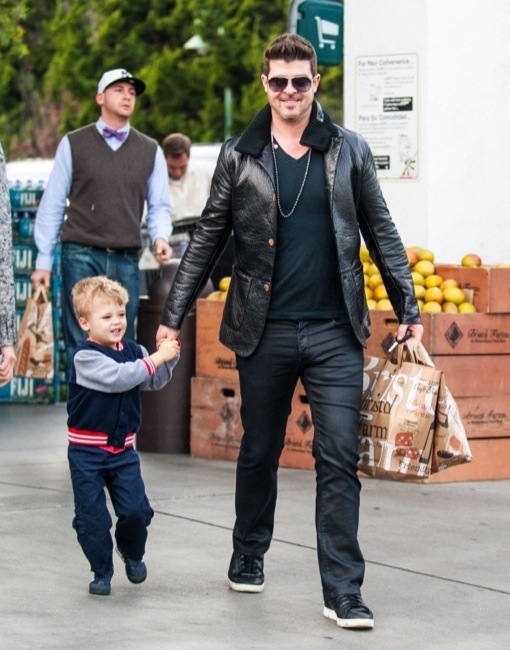 Robin Thicke stopped by Bristol Warms to buy groceries with his son Julian in West Hollywood, CA on Friday (Jan. 3).

Fresh off a Miami vacation, the Blurred Lines singer wore a leather jacket, a black shirt and pants with sneakers. He held the toddler’s hand and two bags of groceries while leaving the store.

Apparently, Thicke was visibly annoyed when he was first shown to his suite at the SLS Hotel in South Beach, where he cohosted a New Year’s Eve bash.

“He threatened to pull out if he didn’t get a bigger room,” a source told Page Six.. “His travel agent was calling all over Miami to get him a bigger room at a different hotel.”

But a rep for the SLS denied the drama, saying, “Robin has been a great guest.”

Hilary Duff & Luca Enjoy a Mother-Son Day at the Park

Camila Alves Enjoys a Day With her Kids