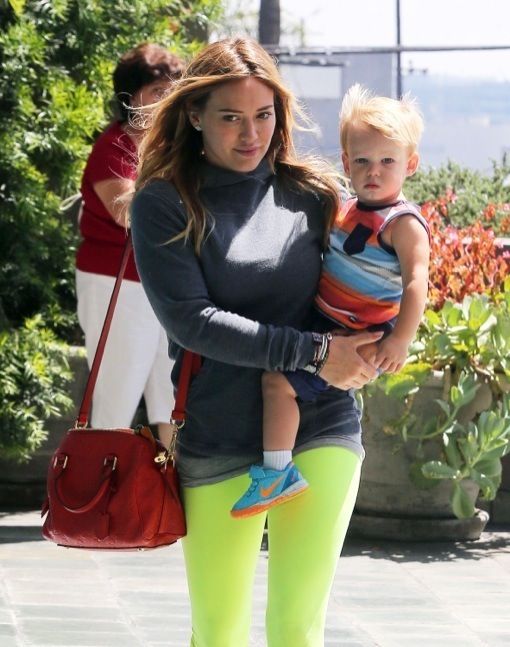 Hilary Duff spent the day with her son Luca in West Hollywood, California on Wednesday (July 31).

The Flock of Dudes actress wore a grey seater with florescent yellow tights while toting Luca on her hip. The toddler looked adorable as usual wearing a striped tank, navy shorts and Nike running shoes.

“Such a pretty day in sunny California! Me so happy :)” Hilary tweeted while out.

Last week, the former disney star flew to NYC to attend the FIJI Water Days of Summer event in The Hamptons. She lounged poolside while posing for pictures with the brand.

“Just got to NY! So excited Hamptons girls weekend w/ @FIJIWater! I’ve never been here it’s so gorgeous!” told her followers on Twitter.

Hilary is also busy filming the comedy Flock of Dudes alongside Skylar Astin and Ray Liotta. The movie is described as the female version of The Hangover.

Robin Thicke & Paula Patton Enjoy a Day Out With Their Son