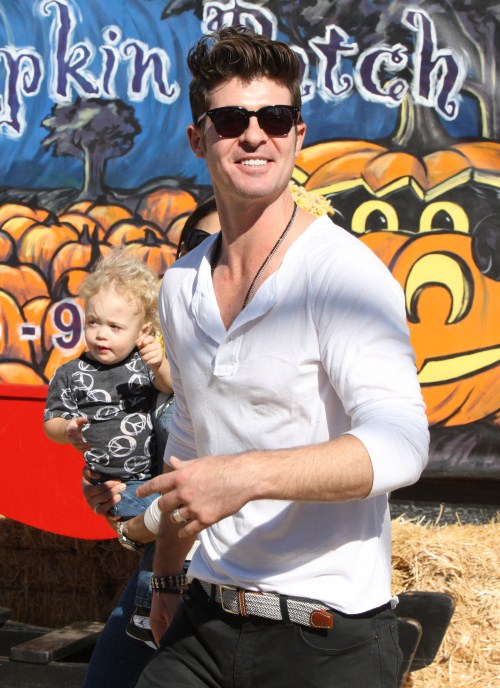 Robin Thicke‘s new album Blurred Lines is taking over music charts worldwide and it may all be because of his 3-year-old son Julian Fuego.

“He’s obviously the best thing that’s ever happened to me. He’s my good luck charm,” the singer tells People.

Julian is also showing signs of following in his dads footsteps.

“He’s 3 and wants to be a rock star! He’’s always talking about hooking up with the band. He tells me he’s going to New York and ‘They’re going to pay me, Daddy!’ It’s cute and adorable,” he says.

The proud dad admit his toddler already does something better than he can do or ever will.

“He can get down. I groove. I wouldn’t insult dancers by saying I’m dancing. I call myself a groove man,” Thicke jokes.

The single, Blurred Lines is currently the number one charted song in the United States.