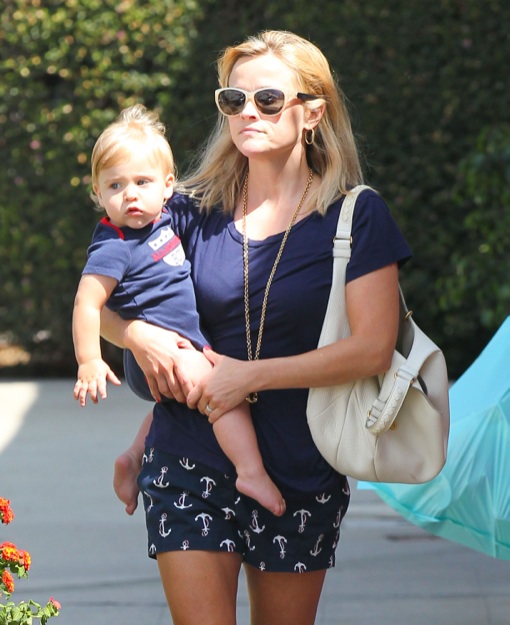 Reese Witherspoon enjoyed a day with her youngest son Tennessee in Brentwood, CA on Thursday (Aug. 15).

The This Means War actress wore a navy shirt with anchor printed shorts while carrying the 10½-month-old baby to a local toy store. She accessorized her looked with beige shades, a long chain necklace and a cream bag.

According to Jennifer Coolidge, their will not be a third instalment in the Legally Blonde films because Witherspoon is not interested in reprising her role as Elle.

“That was Reese’s choice”, the actress who played in both Legally Blonde films told the New York Daily News. “She’s such a good actress. It was weird, she carried Legally Blonde. She had a baby at home or two babies at home and she was doing Legally Blonde during the day. It was bizarre how much that girl can handle. I was blown away by her.”