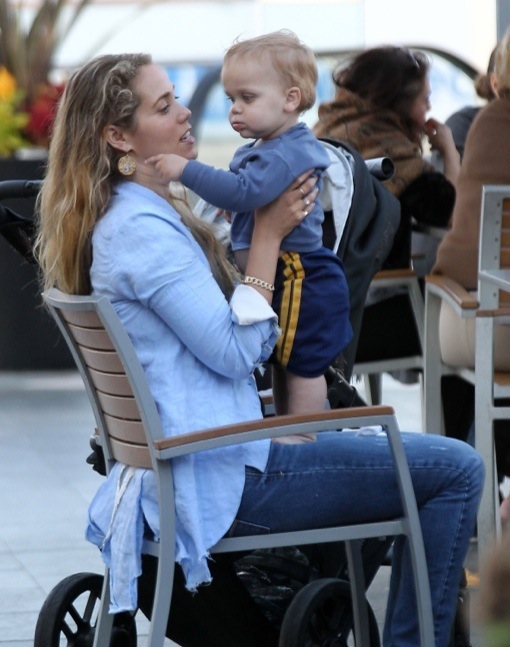 Elizabeth Berkley and her husband Greg enjoyed a afternoon of shopping with their son Sky at the Century City Mall in Los Angeles, CA on Sunday (Aug. 4).

The happy family strolled from store to store before eating lunch in the food court. After, they indulged in some frozen yogurt from Yogurtland!

Elizabeth recently visited the set of Extra to catch of with her former Saved By The Bell co-star, Mario Lopez. The old friends chatted between filming.