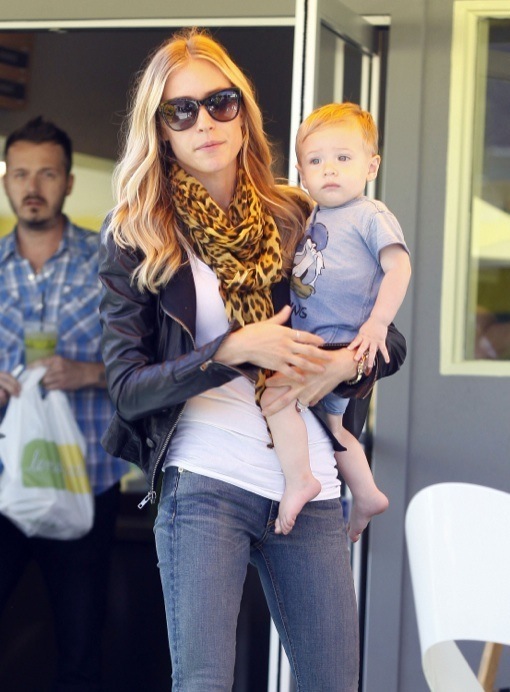 Kristin Cavallari was photographed enjoying lunch at Lemonade with her son Camden and friends in West Hollywood, CA on Tuesday (July 30).

The Hills star was dressed in a leather motorcycle jacket, white top and jeans while carrying the 11-month-old on her hip.

Kristin and her hubby, Chicago Bears quarterback Jay Cutler, are ready to add to their family.

“We are both ready for baby No. 2,” Cavallari told E! News. “I don’t have any announcement today, that’s for sure, but we’re gettin’ there.”

Meanwhile, the reality star turned fashion designer will be celebrating Camden’s birthday next week.  He turns 1-year-old on August 8.

“He’s almost a year, which is crazy, it flies by. He started walking at 10 1/2 months and he is all over the place, so there is no such thing as sitting still anymore,” she told of Camden getting older.

Kristin and Jay have had a lot to celebrate recently. They exchanged vows in Nashville on June 7.

Kristen Bell: “I Am Not a Woman Whose Self-Worth Comes From Her Dress Size”