Kristen Bell: “I Am Not a Woman Whose Self-Worth Comes From Her Dress Size” 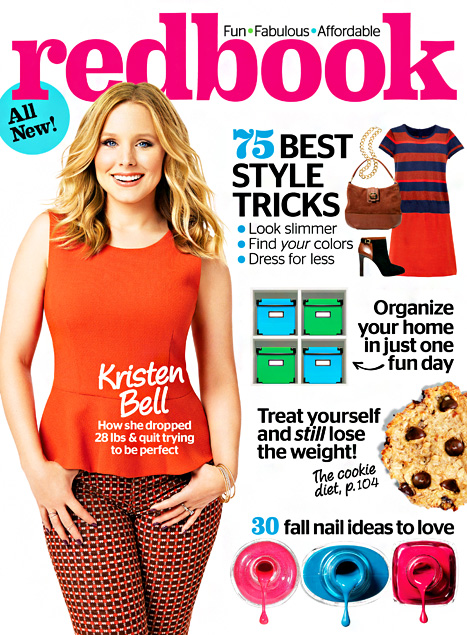 Unlike most celebrity moms, Kristen Bell is not worried about losing the baby weight.

In the September issue of Redbook, the mom to three-month-old daughter Lincoln says she’s not obsessing over getting her pre-baby body back.

“I refused to worry about something I could not change, and I still refuse,” Bell tells the magazine. “Look, I’m like any other woman. All this evolved b.s. that I’m telling you is my mantra: It’s not something I practice naturally. I had to surrender to not worrying about the way I looked, how much I weighed, because that’s just part of the journey of having a baby. I am not a woman whose self-worth comes from her dress size.”

Rather, Bell is focusing on being a good mother while having a successful film career.

“I still want a career,” say the Veronica Mars star . “Lincoln will always be number one, but I think if you can cut that cord of obsessiveness, then you can work and be a good mother and wife.”

Bell who is currently filming the Veronica Mars Movie admits that being away from her newborn daughter can be hard.

“I can’t look at her pictures today, because it hurts my feelings,” she shares. “I start wondering what she’s thinking, like, ‘Where’s the girl with the blonde hair and the boobs?'”

To read the full interview pick up Redbook on newsstands August 13.