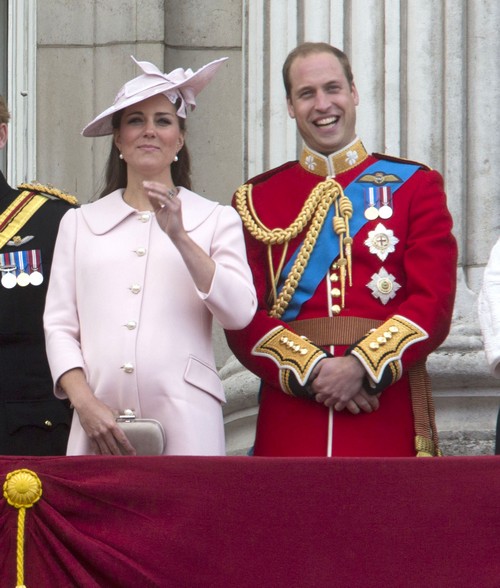 The whole world seems to be on pins and needles waiting for word that Kate Middleton is finally in labor. In a sea of bad news the birth of a royal heir is a bright spot and people have been placing bets on potential details for months. Birth date, weight, name it has all been up for grabs and open to debate. According to the July 22nd print edition of Star Magazine Kate’s gynecologist has admitted that he has given up his evening drinks in order to ensure that he is absolutely ready to care for the Duchess whenever the time comes.

Through out her pregnancy Kate has made it clear that while she respects the old royal traditions, not every one will be followed by her. For instance she will spend those first weeks of motherhood at home with the Middletons rather than under lock down behind the palace walls.

She and Prince William have also decided to honor his late mother, Princess Diana in their new babies name. According to a well placed source, Spencer will be the childs’ middle name regardless of the gender. Old school thinking would have meant that if the baby was a girl then Diana would be in their somehow. Instead the modern mom-to-be loves the idea of Spencer for either a prince or princess.Rumor also has it that if the baby is a girl it will likely be named Charlotte Spencer Cambridge with Charlotte being a female nod to Prince Charles, William’s father. That could be kind of cute, don’t you think? Not too old of a name but not something as bizarre as say- North West! Tell us your thoughts in the comments below!

Royal Family News: Kate Middleton DESPERATE To Fix Things With The Sussexes For…