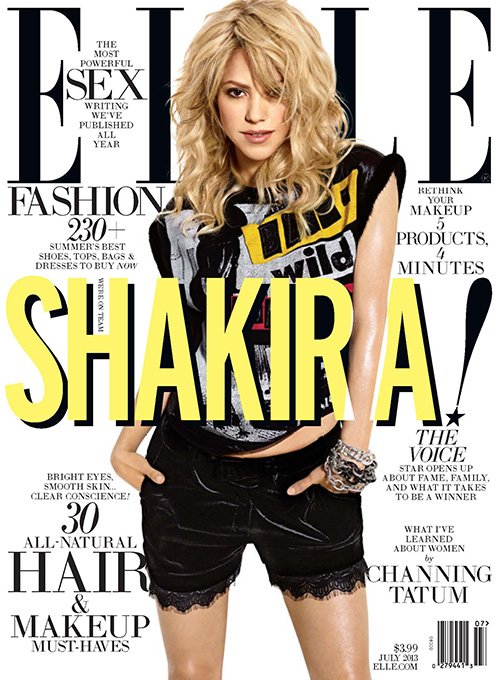 Looking rocker chic on cover of the July 2013 issue of Elle magazine, Shakira opens up about her relationship with fiance Gerard Pique and their baby son Milan.

The new mom admits that being a mom is not something you learn overnight, but an ongoing process.

The Columbian-born singer who has been dating Barcelona football player, Gerard Pique since 2011, insists their relationship works because he has his own life.

“He has his own world and that’s actually one of the healthiest things about the relationship. I know that he’s the one person who is with me not because of any interest other than the love that unites us. THere’s nothing I can offer him beyond my womanhood – does that word exist in English?,” the new mom says.

Be sure to pick up the magazine on newsstands to read the full interview.