Halle Berry Touches Down at LAX 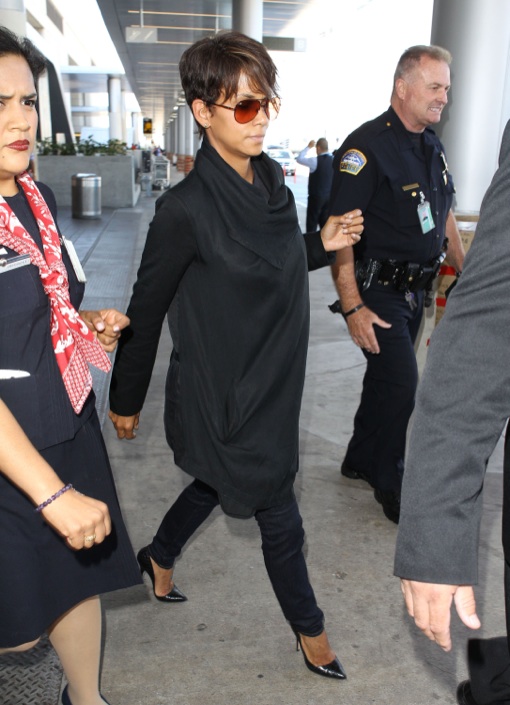 Halle Berry was photographed arriving on a flight from Paris at LAX airport in Los Angeles, CA on Monday (June 17).

The pregnant Cloud Atlas actress wore a sweater wrap and black pants. She accessorized her look with aviator sunglasses, a large tote bag and black heels.

Berry was in Paris to attend the 2013 Champs Elysees Film Festival which was headed by boyfriend Olivier Martinez.

On the opening night of the festival, the dad-to-be revealed the gender of their future baby.

“My son will be an American, but I remain French,” Martinez told People while talking about being a foreigner in America.

Rumor has it Halle once had a nose job, check out 6 Female Celebrities Who’ve Had Nose Jobs, CLICK HERE …