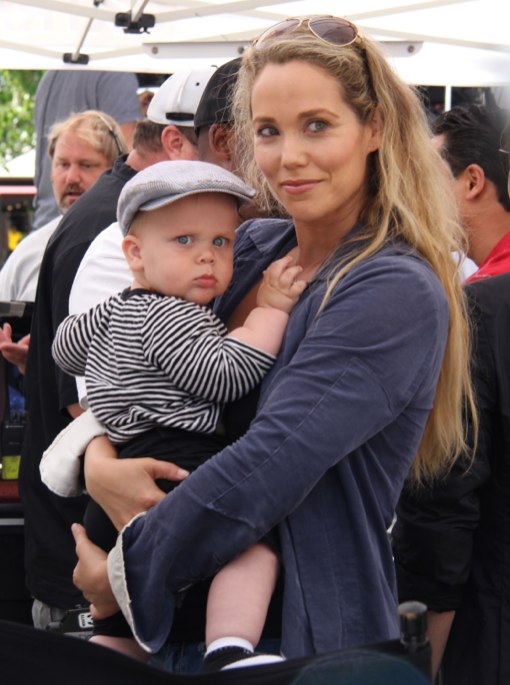 Elizabeth Berkley took her baby son Sky along with her while visiting the Extra set at The Grove in Los Angeles, California on Thursday (June 6).

The actress was casually dressed in a blue sweater jacket, jeans and wedge heels while being escorted to the set of the celebrity news show with the baby.

Once there, the mom chatted off screen with the show’s host Mario Lopez while he took a turn holding the 10-month-old.

It is unclear if Elizabeth was there to be interviewed or just catch up with Mario who played her boyfriend on the hit 90’s show Saved By The Bell.

As of recent, the new mom has  concentrated on her Ask Elizabeth book/advice website and motherhood.

She is currently married to Greg Lauren.