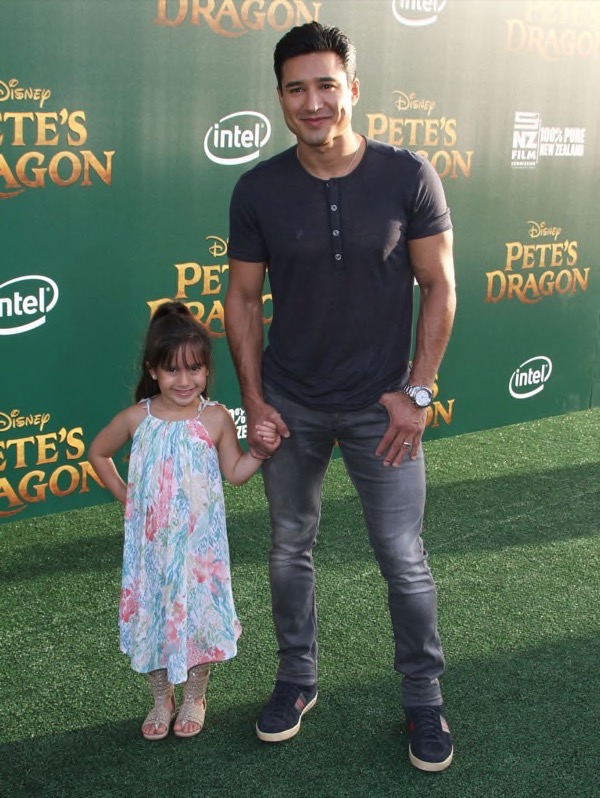 It looks Mario Lopez‘s daughter Gia is following in his footsteps.

On Tuesday, the 5-year-old signed her first contract. She will be voicing a character in Disney Junior‘s new animated cartoon Elena of Avalor.

The Extra host proudly documented her first day working at Walt Disney Studios via Instagram. In one shot, Gia poses on a studio set before voicing Estrella, one of the half jaguar bird’s that protect the kingdom.

The self-titled ‘coach dad’ also shared a video of Gia voicing her character.

Lopez announced in August that Gia was offered the role. He will also be voicing a similar animal character in the cartoon.

Elena of Avalor premiered in July on the Disney Junior channel. A spinoff from Sofia the First, it tells the story of Avalor’s princess Elena, a brave and adventurous teenager who has saved her kingdom from an evil sorceress and now must learn to rule as crown princess until she is old enough to be queen.

The Disney Channel recently confirmed it has ordered a second season of Elena of Avalor.

A.J. McLean is Going to Be a Dad Again

Things to Know About The Meningococcal Disease