January Jones Staying Mum on The Identity of Xander’s Father 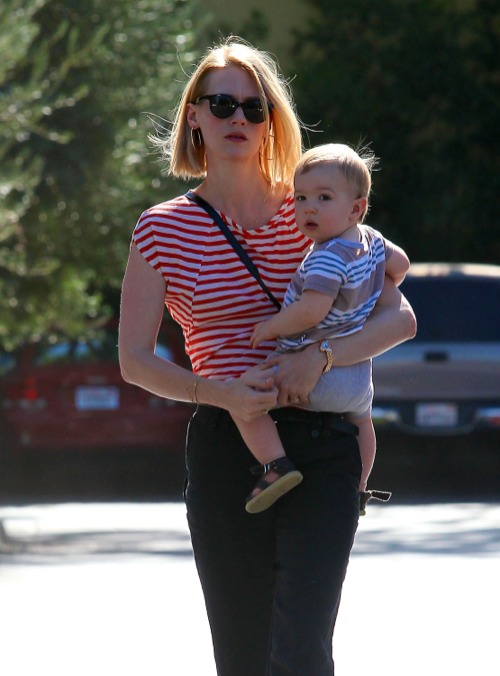 January Jones doesn’t think the identity of her 20-month-old son Xander’s father is the business of the public.

“That’s my son’s business,” Jones told The New York Times in a May 19 interview. “It’s not the public’s business.”

“Jack Nicholson once told me: ‘You should never give your personal life away, otherwise people will pick you apart. They’ll never believe in your character,'” she quoted the actor as saying.

“Women should have lots of secrets,” added Jones. “It’s our right to have secrets. Otherwise, what would we write in our memoirs?”

Jones, however, has no problem gushing about Xander’s reached milestones

Jacqui Ainsley Enjoys a Stroll With Her Kids